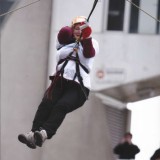 For those of you who can not believe that Milk Banking could inspire such bravery and nerve here is Lynda Coulter on her Zip Sliding Challenge from the Imperial War Museum to the Lowry in Manchester. James Halligan, Michele’s 16 year old ... Read Article

To celebrate “First World Day of Human Milk Donation” on the 19th May 2013, the Milk Bank and members of the North West Blood Bikes Manchester walked up Snowdon. It was a glorious day and the views from the top were fantastic! ... Read Article 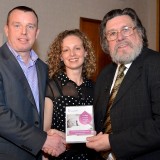 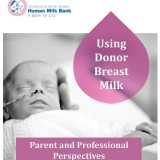 We are delighted to announce the launch of our DVD – “Using Donor Breast Milk – parent and professional perspectives”. The production of this DVD has been made possible through the generosity of Craig and Barbara Newnes who wish to have a ... Read Article 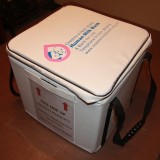 Further to successful fundraising and many generous donations during 2012, we have completed our purchase of 46 customised transport boxes. These boxes are used for transporting donor breast milk safey and securely on motorcycles to requesting hospitals and community recipients of milk. ... Read Article 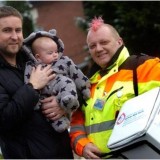 Mair Wallroth was diagnosed halfway through her pregnancy but went on to give birth to a healthy baby boy called Merlin Ray. Despite treatment the mum-of-two lost her fight for life last month at the age of 41. A baby whose mum ... Read Article 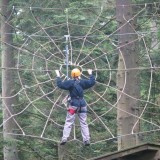 Natasha Nicholson, a breastfeeding peer counsellor at Newtown breastfeeding support group, took part in an aerial treetop adventure and raised over £200 for our milk bank as part of World Milk Sharing week in 2012. The event took place in September 2012 ... Read Article 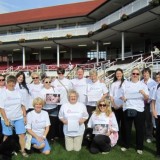 The Chester Business Club annual walk proudly supported our Chester milk bank. All efforts from participants raised £769. It was a glorious day, ideal for walking was much enjoyed with treats along the way, which offered a welcome break! As a chosen ... Read Article 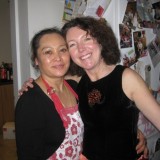 Lisa and Peter Burke supported us again by hosting a Thai meal at their home. The evening was attended by many friends and loyal Milk Bank Charity fundraisers The cuisine provided by Manida was delicious and plentiful. We managed to squeeze in ... Read Article