This month marks the 10th anniversary of the Cheshire & North Wales Human Milk Bank and to celebrate this special event the milk bank’s regular supporter and fundraiser Ricky Tomlinson joined a large group of breast milk donors, committed fundraisers and mothers and babies who have received donor breast milk during the last ten years, to mark the occasion. 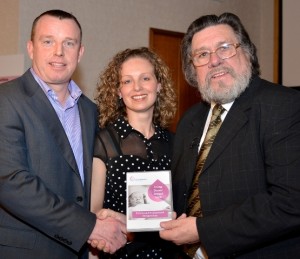 Human Milk Bank Manager, Lynda Coulter set up the milk bank ten years ago and it has been supporting mothers and babies ever since with the supply of donor breast milk to babies in neonatal units as an alternative to formula milk when the baby’s mother is unable to feed naturally. Last year alone the milk bank pasteurised 1,300 litres of breast milk which had been donated from the bank’s 190 donor mothers.

During the celebrations, Lynda said: “For mothers who have difficulty providing breast milk to their babies naturally, the human milk bank reduces the pressure on them in already difficult circumstances when their child has been born prematurely. The benefits of breast milk are immeasurable not only for premature babies but any babies being born in hospital who’s mothers are not able to breastfeed straight away. I’d like to take this opportunity to say a big thank you to all of our donor mums who have made the success of the milk bank possible over the last 10 years.”

As well as being on hand to celebrate the 10th anniversary of the milk bank, TV star Ricky Tomlinson was also on hand to launch the milk bank’s new DVD ‘Using donor breast milk’, which aims to raise awareness of the benefits of donor breast milk. The production of the DVD was made possible through the generosity of Craig and Barbara Newnes who wished to have a lasting tribute to their son Oliver, who was tragically taken from them at two years of age.

Lynda added: “We have never been short of donors in the milk bank and the level of supply is never an issue, we have plenty of milk to go around. Our main challenge has been assuring other neonatal units and medical professionals of the huge health benefits that donor breast milk offer as an alternative to formula milk. I hope that this DVD will raise awareness of the benefits and result in donor milk being made available more widely to babies and mothers across the country.”

Ricky Tomlinson first became involved with the Cheshire & North Wales Human Milk Bank as a guest auctioneer for a fundraising ball. His support grew from there and among his many gestures of time and generosity he donated £200,000 in 2008 which enabled the milk bank to grow and develop.

During the celebrations, Ricky presented the milk bank’s 1000th donor, Sarah Wedgwood from Stoke-on-Trent, with a special gift, courtesy of Royal Crown Derby.

Taking about his involvement with the milk bank, Ricky commented: “You only have to look around this room today at all the babies to see how important the milk bank has been for many families and how important it will continue to be in the future. It’s fantastic and I’m just happy to support it in whatever way I can.”