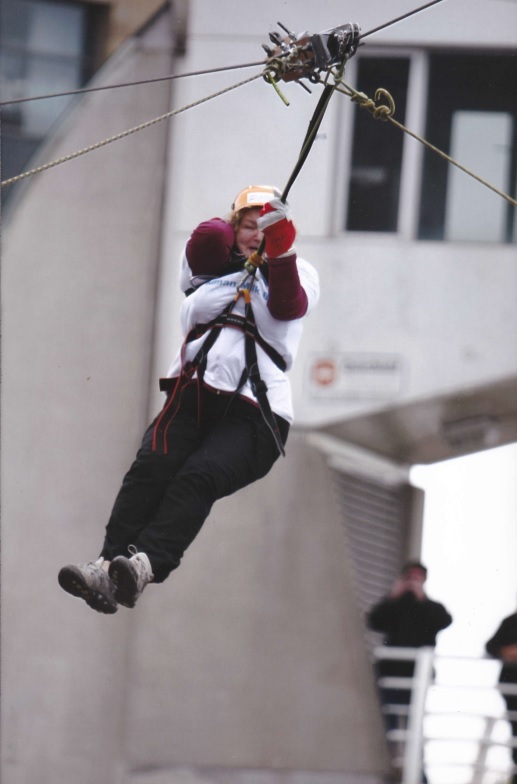 For those of you who can not believe that Milk Banking could inspire such bravery and nerve here is Lynda Coulter on her Zip Sliding Challenge from the Imperial War Museum to the Lowry in Manchester.

James Halligan, Michele’s 16 year old son gave Lynda moral support and after moments of hesitation they were sent on their way. Lynda said: “It was wonderful to experience “free falling” but near the end I was frightened I was going to crash into the railings, hence the fear demonstrated in my face. The railing were several metres away, illusion of space.”

“For those who dither about such an experience it was no worse than The Oblivion at Alton Towers. Thanks for all your support thus far.”